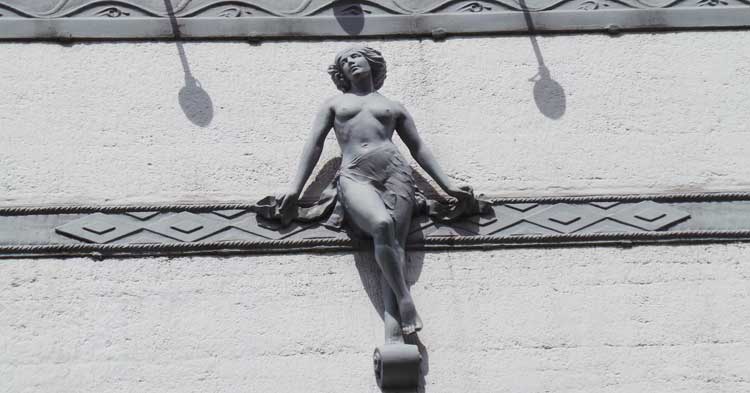 WILL YOU DARE FACE THE FINAL CURTAIN?

Our London Theatreland Treasure hunt is a performance in its own right. It involves teams exploring the backstreets, alleyways and, of course, the theatres of London's West End.

So cue those little grey cells, rehearse your lines and prepare to step out into the limelight to enjoy thunderous applause from those people - let's call them your audience - who you encounter as you make your way around Theatreland.

The plot of the London Theatreland Treasure Hunt involves yourself and your team mates looking for the solutions to cryptic clues, trying to discover the answers to a series of observations questions, whilst, at the same time, searching for the items featured on your photo challenge sheet.

A JOURNEY OF EXTREME VARIETIES

Beginning on the bustling Kingsway, outside Holborn underground Station, you pick your way through Covent Garden to uncover clues that are located in some pretty amazing locations.

London's oldest Theatre, to name but one example. The house of one of the greatest, if not the greatest, English actors of all time to name another.

Having gorged yourself on the delights of Covent Garden, you will then ham your way through the rest of Theatreland collecting plaudits, reciting clues and gushing with so much raw emotion that you will put even Gwyneth Paltrow to shame.

But the important thing is that, as you make your way through the streets and thoroughfares, you'll not only encounter some truly remarkable things, but you'll also learn a great deal about this truly exceptional part of London.

You will, for example, be able to explain such baffling mysteries as who that man in the funny red hat is to the right.

The result will be that, when you stroll into the limelight to take that final bow, you will have a much greater knowledge of the area than you did two hours before, and the next time you come strolling around here with friends or family, you'll be able to wow them with the things you know about Covent Garden and Theatreland.

THE ROAR OF THE GREASEPAINT

Since this is a treasure hunt through Theatreland it would be churlish of us to omit including any theatres on it!

Thus, this particular treasure hunt does exactly what it says on the tin and focuses fully on some of the Capital's grandest and most famous theatres, where you might encounter the occasional thespian doing whatever it is that thespians do when they're not thespianing on the stages of the theatres that feature on this London Treasure Hunt.

You don't actually go inside any of the theatres.

But you do get to admire their exteriors as you inspect every inch of their walls for the cunningly concealed solutions to your cryptic clues, the devilishly fiendish answers to the observation questions, and the easy to miss locations of your photo challenges.

In short, you'll enjoy fun and fascination in equal measure as you race around Theatreland, ducking in and out of alleyways that you'll be amazed are there whilst, at the same time studying everything you pass from devilish faces to slumbering cherubs.

And, with a little ingenuity, a modicum of common sense and a lot of luck you will find yourself gliding around the streets of Theatreland, leaving your competitors far behind as you bask in the warm glow of the critical acclaim heaped on you by your fellow team mates, should you be the one to spot the hidden plaque, or uncover the exquisite decorative flourish, that holds the solution to the clue that your team is searching for.

The main thing to keep in mind is that every challenge you are set on this treasure hunt quest is attainable, but whether, or not, you will attain it - well that's very much up to your team and their collective powers of observation and deduction.

We really have enlisted the talents of a star-studded cast to help you in your endeavour to become the undisputed Theatreland Champions, or - lest you be on the losing team, - chumpions.

Charles Dickens makes a brief entrance (and a just as quick exit); Sir Andrew Lloyd Webber takes the odd cameo on the clue sheet; Nell Gwynne, Charles 11's favourite mistress, pops out twice (ooh matron!); and London's most famous theatre ghost, the Man in Grey, may, or may not, make an appearance.

We've even managed to coax Agatha Christie to take part in one of our theatrical mysteries, so that should well and truly get the little grey cells working overtime!

As with all our London treasure hunts you don't need any prior knowledge of Theatreland, nor of the history of the theatres and the places visited, to be successful.

The solutions to your cryptic clues, the answers to your observation questions, and the keys to your photo challenges are all there in plain view (well not that plain as there has to be some element of challenge), and you just have to work with your team mates to locate them.

DON'T MAKE A DRAMA OUT OF IT

The only talents you really need to complete the treasure hunt are an enquiring mind, a keen eye, a little improvisation, and an overall ability to inspire and encourage your team mates to put on their best performance as they set out to claim the Olivier award in the best performance on the Theatreland Treasure Hunt category.

If you find yourself blessed with all, or even just a few, of these attributes, then you'll have no difficulty finding your way around the London Theatreland Treasure Hunt route.

So, whether you're seeking a team building activity; a birthday, stag or hen activity; or just an enjoyable way to while away a few halcyon hours in the evening or at the weekend - the Theatreland Treasure Hunt offers a wonderful opportunity to explore one of London's most colourful and vibrant districts on a voyage of discovery at the end of which you might find yourself to be, or not to be, on the winning team. The End!

And, when you think about it, that's just what a team building exercise should be about - a group of like-minded individuals who can work together to ensure that those who have found themselves unfortunate enough to have been placed on an opposing team are kept well and truly at bay and are left in no doubt that their rightful place in the grand scheme of things is second, third or last!

The cost of the Theatreland Self Managed Treasure Hunt Package is £140.00 for 4 packs.

Outside the Kingsway Exit of
Holborn Underground Station.

CHANGES TO THE OBSERVATION QUESTIONS
2