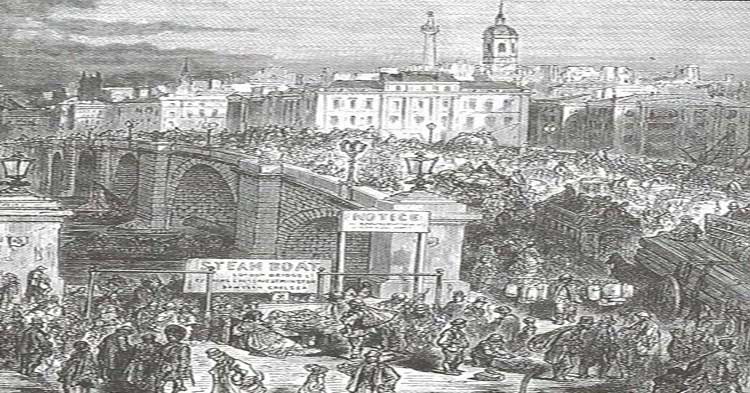 The area that stretches southwards from London Bridge can, at first glance, seem a little too busy and a little too uninteresting to be worth exploring on a treasure hunt.

But, hold on in there!

Look again. For, if you take the trouble to scratch the surface and delve into the backstreets, or to duck into the hidden courtyards and time-daubed thoroughfares, you'll suddenly find that there is plenty here to get the old synapses tingling!

Indeed, by the time you cross the threshold of the atmospheric old coaching inn that, hopefully, the last of the London Bridge Treasure Hunt clues will lead you to, you will have uncovered an area of London that you'll, most certainly, want to return to and explore at a more sedate and leisurely pace.

ONCE MORE UNTO THE BREACH DEAR FRIENDS

Since William Shakespeare pops up to tease you in a few of the clues, you might wish to give your team a Shakespearean pep talk before heading out onto the field of combat to slug it out against the competing teams.

In the peace of the office there's nothing more becomes a man (or woman) than modest stillness and humility, to paraphrase the Bard in said play.

But, when the blast of a treasure hunt blows in your ears, then imitate the actions of a tiger, to paraphrase him again.

Stiffen the sinews, summon up the blood, disguise..... (can we please stop paraphrasing the Bard and get on with it? ED)

So, with sinews stiffened, and tigers imitated, the teams will race off through London's oldest market where clues and other challenges have been planted in some extraordinary places.

The question is, can you find them?

You'll need to have your wits about you as you study each doorway, gaze into every window, and leave no stone unturned, or at least looked under, as you and your team mates search for those elusive conundrums that can make the difference between ending your treasure hunt as the victors or ending it as the vanquished.

YOU'LL MAKE SOME TERRIFIC DISCOVERIES THOUGH

To be honest, it might not matter that much. In fact, it might not matter at all. For the streets through which you will pass, the ancient alleyways you will uncover, and the secret locations you will stray in to, will prove so enchanting that, just discovering them will be reward enough and will make the taking part more than worthwhile.

And, when all is said and done it isn't about winning, it's about taking part.

WHO ARE WE KIDDING?

Okay, it's all about winning.

It's imperative that, no matter how amazing the places you discover are - and we must say that a lot of them are pretty darned amazing - you must never for a moment let the wonders of your surroundings distract you from the ultimate goal of your treasure hunt - total annihilation of the competition.

But, in between aiming for total treasure hunt domination, and trying to, subtlety, nobble the endeavours of the opposing teams, you really will enjoy a leisurely few hours exploring streets, courts and gardens that you would never have dreamed could possibly exist behind the teeming thoroughfares of 21st century London, whilst, at the same time, discovering facts and snippets of information that you'll be dining out on for years to come.

What happened to Charles Dickens father in 1824?

Which Southwark inn Chaucer's pilgrims set out from in Canterbury Tales? Go on, see if you can guess! 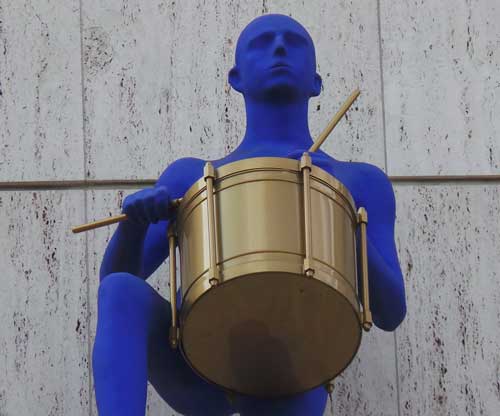 Why there is a blue figure playing a drum to the right?

Where the prostitutes of medieval London were buried?

What is the connection between the area and Harvard University?

Where you will find London's oldest operating theatre?

Which Viennese philosopher went incognito in 1941?

No? Worry not, for the answers to all these teasing testers, and many others besides, will be well known to you and your team mates by the time you reach the end of the quest. At least, they will if you can find them!

To be honest, it would be quicker to tell you what you won't see!

You won't see boring and uninteresting places that you'll shrug at and then move on, totally underwhelmed. 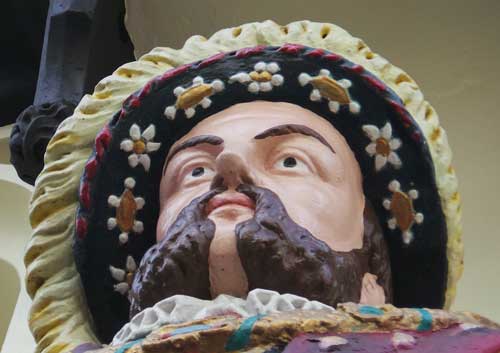 You will see some AMAZING places that will, well and truly, capture your imagination and send your senses soaring into such raptures that... alright, perhaps that's over egging the pudding slightly!

Certainly there are some terrific places on the London Bridge and Borough treasure hunt.

There is, for example, the secret garden that was laid out in 1887 at the behest of one of the greatest philanthropists of the Victorian age.

There's the church tower on which you can still see a snub aimed at the local parishioners that has been snubbing them since 1736.

There are old cobbled courtyards that once formed the entrances to the coaching inns with which this area once abounded.

There are stone faces, peering down from lofty vantage points, whose eyes have watched the comings and goings of life below for nigh on 300 years.

And, if all that proves not sufficient to entice you out on to the streets of Southwark in search of the rich bounty of curiosities that adorn its thoroughfares and buildings, then how about our grand finalé - London's only surviving galleried coaching inn, a true time capsule that has changed little, if at all, since its first merrie revelers crossed its threshold in 1677?

Now, we'd be lying if we tried to pretend that the treasure hunt wasn't about competing.

After all, there's nothing more rewarding than sitting down with your friends and colleagues when it's all over and taunting them with the fact that you've beaten them!

Mind you, the tables could just as easily be turned and it could be them taunting you!

But, whichever of you wins, you won't have done so by racing around the route.

Indeed, the key to victory is taking your time, observing your surroundings and closely studying everything you pass.

By so doing, you'll not only have a great time and make some fantastic discoveries, but, chances are, it will be you and your team mates who, having taken it slowly and having looked and observed, will be the ones that will find the most answers and who, therefore, will be carried aloft into the final venue and hailed by the cheering crowds (or at least by your team mates) as the undisputed champions of the London Bridge and Borough Treasure Hunt.

And, when you think about it, that's just what a team building exercise should be about - a group of like-minded individuals who can work together to ensure that those who have found themselves unfortunate enough to have been placed on an opposing team are kept well and truly at bay and are left in no doubt that their rightful place in the grand scheme of things is second, third or last!

The cost of the London Bridge And Borough Self Managed Treasure Hunt Package is £140.00 for 4 packs.

In the winter months the London Bridge Treasure Hunt cannot be started later than 2pm as several of the locations close at 4pm.