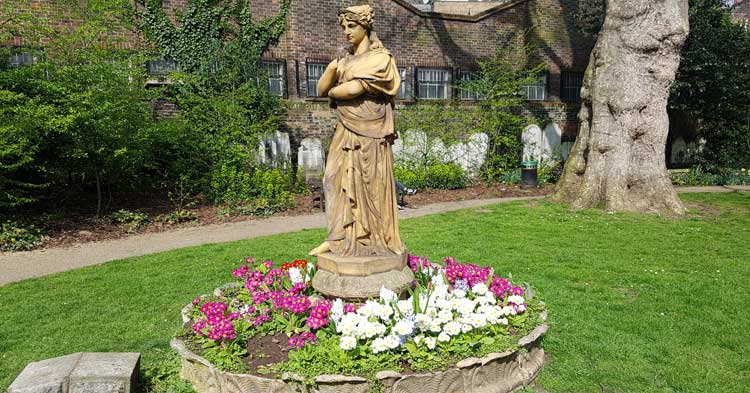 The area that surrounds King's Cross Station might not, at first glance, seem particularly appealing, and your initial instinct, when considering a London Treasure Hunt, might be to give this district a miss in favour of some of the Capital's more central and historic quarters.

But, if you take the time to delve into the area, and really get in to its backstreets and tucked away places, some truly remarkable discoveries await you.

Indeed, by the time you arrive at the end venue of your King's Cross Treasure Hunt you will have uncovered a side of London that is, genuinely, crammed full of surprises.

Not five minutes from King's Cross Station for example, you will find a maze of hidden backstreets where curious pieces of street furniture have been utilised to create a series of testing challenges that will, most certainly, stretch your powers of deduction and observation to their very limits.

A VARIED AND FASCINATING TREASURE HUNT

But this tiny slice of bygone London is just one of the many surprises that await your discovery as, armed with our cunning clues and devilish observation challenges, you pick your way in and out of a variety of places each of which throws up priceless moments of genuine discovery.

And what a cast of characters await your acquaintance on the King's Cross Treasure Hunt.

Napoleon 111, Oliver Cromwell's favourite daughter, and Kenneth (ooh matron!) Williams are just a handful of the names you will come across as you make your way through the lesser known locations around King's Cross.

THEY'RE ON YOUR TRAIL

You will, most certainly, need your wits about you if you are to ward off the advances of the other teams who, like you, are battling their way through the facts, fixtures and furnishings that are dotted all over the streets you will be wending your merry way along, across and through.

A definite highlight of the King's Cross Treasure Hunt is the section that takes you through the old squares that are scatterred about the district, and where you will find yourself ferreting out the answers to several clues that have been concealed amidst London's fascinating heritage.

A legger and a tallyman might come in useful. A rickmaster and his nipper might well prove essential. And a banker's whistle... well let's just say that, if you can find one in this day and age then you'll be well on your way to victory.

But, then again, the other teams are out there too and there's every chance that they might just steam ahead and leave you stranded on the platform having missed your last clue to victory!

YOU'LL MAKE SOME GREAT FINDS THOUGH

It has been said, usually by the losing team, that winning isn't everything and it's the taking part that matters.

If that is the case, then taking part in this treasure hunt will bring rewards aplenty, in the knowledge stakes at least. Indeed, it is safe to say that you and your fellow participants will come away from the whole experience positively brimming with new found information that you'll be dining out on for months, possible even years, to come!

Where the heart of King's Cross beats? 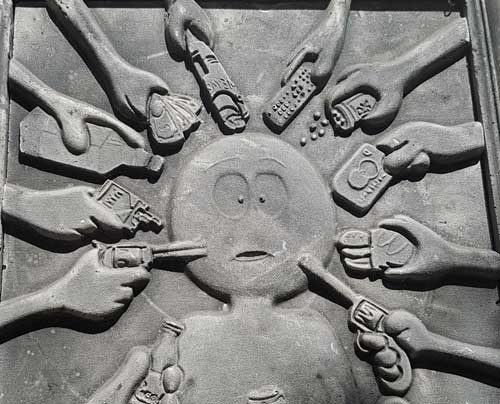 Where the very first burial ground to be established away from a church was located?

Which Queen was, reputedly, buried under Platform nine of King's Cross Railway Station?

How a pamphlet, written in a house on the route, revolutionised your daily routine?

What that curious figure on the right has to do with one of the area's hidden pubs?

Worry not, for the answers to all these conundrums, and many more besides, await your discovery on the King's Cross Treasure Hunt. At least, they do if you can find them!

So the concept of cheating depends, very much, on your definition of what cheating actually is. 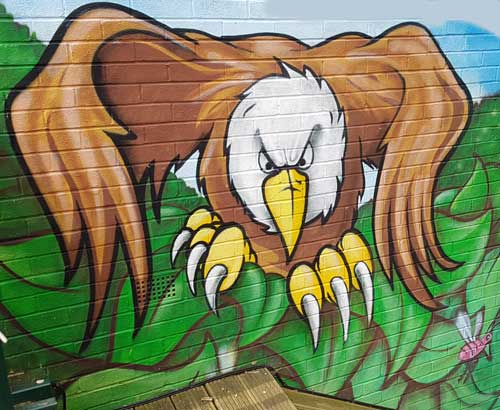 Is it, for example, diabolically dastardly or is it supremely sensible to conceal a clue in order to prevent another team from finding it?

Do you see the conundrum here?

The answer very much depends on which team you happen to be on, the hiders or the hidden froms!

Is it playing the game to surf the World Wide Wait to see if you can find the solutions to those problems you've failed to solve in the course of the treasure hunt?

As it happens, Google themselves have a presence in the very area you will be racing through, so it seems rude not to utilise their services.

And yet, who's to say that the answer that you receive is the correct one? You might come up with a name, a date, or a fact, but is it the one that answers the actual question you've been set?

So, whereas people can, and do, sometimes seek the answers online, they often ask the wrong question, get the wrong answer, and, in so doing, manage to pluck defeat out of the jaws of victory.

Meanwhile, those who take their time, who explore every aspect of the district they are passing through, and who take the trouble to actually find the answers where they are waiting to be found, on the treasure hunt route itself ... well they may come across as a bunch of slow coaches, but in this case slow and steady often wins the race!

IT'S ALL ABOUT ENJOYMENT

Yes, the treasure hunt is about competing, but it's also about enjoying yourself and having a great time.

So, on the whole, everyone really will enter into the spirit of the occasion and will just go out there and have fun. The result will be that, when you arrive, footsore and exhausted, at the final venue, you will have spent an enjoyable few hours out on the streets of London, in the course of which you will have laughed a lot and learnt a lot. What's not to like about that?

And, let's be honest about this, team building is, first and foremost, about a group of workmates or friends coming together for the greater good of their team as they devote every ounce of energy to nobbling those who have the misfortune to be on an opposing team!